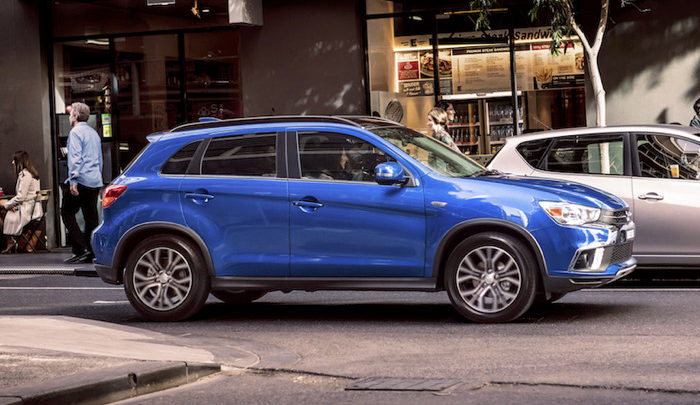 The Mitsubishi ASX will soon be available with a 2.4-litre petrol engine, bringing the option of more power to Australia’s biggest-selling small SUV.

It will coincide with the October arrival of a major facelift for the Mitsubishi ASX – which adopts the company’s “shield” grille – the latest in a number of overhauls since the model went on sale in 2010.

The visual changes, the addition to a new infotainment system and the option of a more powerful petrol engine, are designed to extend the ASX’s lifecycle while waiting for the next generation model that is being jointly developed with Nissan.

Age has not wearied the Mitsubishi ASX. It was the top selling car in its class for the last two years and is on track to make it three-in-a-row this year.

It has built up a clear sales lead despite being almost 10 years old. Most cars of this type are replaced by all-new models every five or six years.

Mitsubishi says customers are not concerned about the vehicle’s age. “It’s not a question of old and new. Nowhere is the customer giving us the feedback that this is old,” said Ashwani Gupta the chief operating officer of Mitsubishi Motors globally, during a recent visit to Australia.

“In fact (the ASX) is becoming a more and more an important asset for us. The question comes to our mind: why should we change? When things are good, when customers are happy, why should we touch it?”

However, he conceded the ASX needed to come in for some attention to keep it fresh until the next generation model arrives, believed to be two to three years away.

“On the other side we need to keep the freshness in the product and that’s why we decided to bring in the 2.4-litre in the ASX,” said Mr Gupta.

The only other country to sell a 2.4-litre Mitsubishi ASX is North America, where the model is badged Outlander Sport GT and available in front-drive and all-wheel-drive. Australia will get only the front-drive version.

“Australian customers, they have really a different taste, the way they like the ASX is amazing, so now what we have to do is not to touch the styling, not to touch the configuration of the product, but give something extra to the customer and that’s why we decided to bring in the 2.4 litre,” said Mr Gupta.

The 2.4-litre four-cylinder petrol engine in the Mitsubishi ASX has approximately 125kW of power and 226Nm of torque in North America.

That compares to 110kW of power and 197Nm of torque in the 2.0-litre petrol engine currently available in the ASX in Australia. Both engines are backed by the same continuously variable automatic transmission.

In the meantime, buyers looking to drive a bargain might consider the runout ASX model, which has limboed to a new all-time low of $23,990 drive-away including automatic transmission.

In the almost decade-long history of Mitsubishi ASX sales, it has never before dipped below its long term drive-away offer price of $24,990.