A Ranger Raptor Rival from Mitsubishi 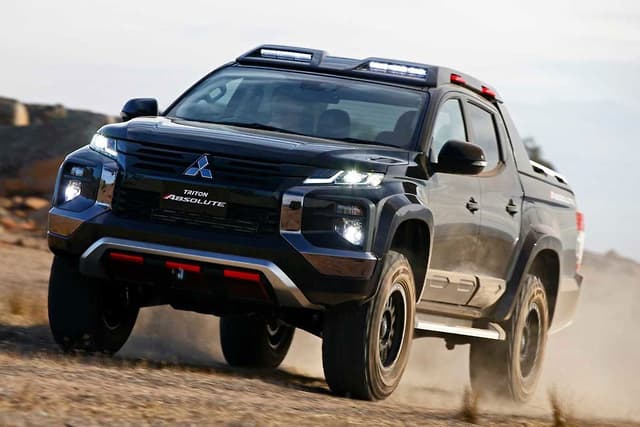 KUALA LUMPUR: Ford Ranger Raptor is not an unknown name in the auto industry. It is known for its strong & appealing looks, feature loaded cabin, and how can we forget about the powerful engine. However, we may soon have a competitor to go against it, coming from Mitsubishi.

Yes, you read it right. We are expecting a Ranger Raptor grade pickup truck from Mitsubishi. Why, do we say so? Well, according to reports, Mitsubishi is known to have filed trademarks for two beefed-up Triton. The said pickup is said to be based on the Japanese automaker Triton Absolute concept. It seems like the concept is likely to see the production daylight soon.

Giving you a little heads-up, the Mitsubishi pickup concept was introduced at the Bangkok Motor Show 2019. It had a very striking exterior with elements like a roof-mounted light bar, carbon fibre trims all around, rail system, protective bash plates for both the ends, black 18-inch wheels wrapped in Falken Wildpeak M/T 285/65 off-road tyres, a sail-plane and bar at the back. Also, the suspension on it was jacked up by 50 mm compared to the standard Triton.

“The Triton Absolute demonstrates our commitment to exploring a vision of the future Triton that will deliver on our ‘engineered beyond tough’ commitment to the Triton series – bold enough to be taken on even more adventurous treks to explore Australia’s rugged outback, which is one of Mitsubishi’s defining strengths,” said John Signoriello, CEO, Mitsubishi Australia.