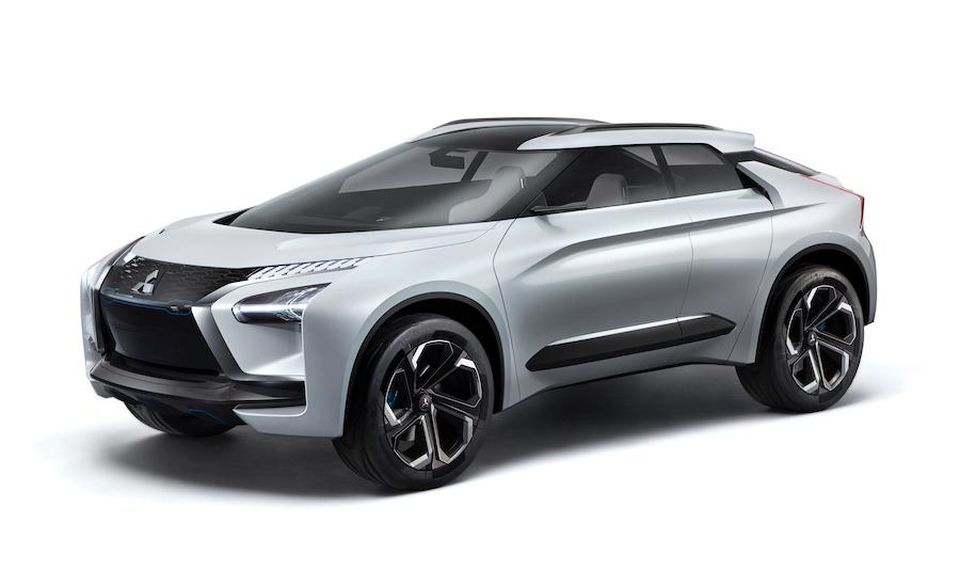 Who said the Lancer Evolution was dead? Sure it might have gone out of production in 2016, but Mitsubishi never gave up on its biggest street name and most revered technologies. As the iconic four-time World Rally Championship driver title winning sedan evolved through 10 official versions over 24 years, the Evo became known as the brand’s flagship model showcasing its most powerful turbocharged 4-cylinder engine, rally-tuned chassis and suspension and cornering technowizardry that allowed the Evo to defy the laws of physics.

Even the likes of controversial British motoring critic Jeremy Clarkson was blown away by the speed and ease at which an Evo could corner. I’ll never forget his comment on Top Gear when he said, “this Evo corners faster than a Lambo Murcielago! Look, one finger power sliding. No car I’ve ever driven can do this.”

Mitsubishi has never hidden the fact that it wants to rekindle the Evo legend, but in so doing, redirect the brand’s engineering expertise towards the latest industry fads, namely an electric SUV. We saw what the company is planning at the 2017 Tokyo Motor Show as it unveiled the fully electric 4WD e-EVOLUTION concept SUV.

But given the now firmly grounded alliance between Mitsubishi and Nissan, two carmakers that are putting a lot of their eggs into the electric basket, it is no surprise to learn that the next generation Lancer Evo SUV, based on that e-EVOLUTION concept, will sit on a Nissan X-Trail platform and employ much of the technology fitted to the Mitsubishi Outlander plug-in hybrid plus some special upgraded traction control features from the Lancer Evo.

In fact, Mitsubishi chairman Osamu Masuko confirmed as much at a press conference in late March in Tokyo to launch the domestic-only 660cc-powered eK Series minicar. “The Nissan and Mitsubishi alliance will share strategic technologies in a mutually beneficial relationship that creates competitive products.” And yes, he was directly referring to future electric concepts like the new Evo SUV.

What all that means is that the alliance will create a highly competitive parts bin out of which they will build their respective next-generation EVs. That bin will include Mitsubishi’s popular Outlander plug-in hybrid powertrain (a vehicle that’s sold over 200,000 in Europe alone) and its futuristic 4WD e-EVOLUTION concept plus its rally-honed suspension, while Nissan will supply its X-Trail platform, its e-Power technology in addition to the brand’s multi-award winning Leaf electric powertrain, which powers the biggest selling EV on the planet.

According to a Mitsubishi source, the project will be led by Nissan, and will also feature updated versions of Nissan’s semi-autonomous Pro-Pilot driver assist system. The same source also suggests that while Mitsubishi is continuing to develop its fully electric powertrain with 4WD for the so-called Evo SUV, it is also considering a variant powered by an updated version of Nissan’s IMQ concept that gets the latest e-POWER system which is propelled by an electric motor and boasts a 1.5-liter turbocharged gasoline engine that acts solely as a generator to recharge the batteries. Given the curb weight of a mid-sized sports SUV with 4WD powertrain, this latter powertrain is seen as more viable than a fully electric option as it is able to recharge itself.

One aspect of the now out-of-production Lancer Evo that fans will want to see in a new Evo SUV is a reinterpretation of the brand’s legendary Super All-Wheel-Control (S-AWC) system which highlighted by Super Active Yaw Control (Super AYC). Without going into too much detail, the S-AWC refers to Mitsubishi’s full-time 4WD system that integrates management of the active center differential, active stability control and sports ABS.

The car’s signature technology, Super Active Yaw Control, uses a torque transfer mechanism in the rear differential that transfers torque to the rear wheel that needs it the most when grip levels are compromised. Obviously with new electric powertrains, these traction control systems will have to be reinterpreted for a next generation of sports SUV. But with the instantaneous delivery of electric drive and prodigious grip of Mitsubishi’s traction systems, we can expect a worthy electric successor to the gasoline-powered Lancer Evolution. Fingers crossed.